Have you ever come across a mobile application and said to yourself, “I could’ve made that better!” If you have—here’s your chance. Application Program Interfaces or APIs allow developers to use existing data from other developers and leverage its power for their own applications.

APIs are the foundation of many things we know as it pertains to digital technology. This includes the cloud, mobile, and the Internet of Things (IoT). APIs are basically a user interface for software. Software applications use API in the same way humans use interfaces for apps. This standard makes it easy for software and the actual interface to communicate.

APIs have become an integral part of digital technology, and the new innovations are exciting to look out for. In fact, APIs promote innovations and encourage new partnerships between brands. Developers can harness the power of existing applications and use it for their own.

This article highlights some of the most exciting APIs that will spark innovations from developers in the coming years.

Many of us use Google for many different things including searching the web, email, documents, and contacts. Google is undeniably a part of our everyday lives. Google understands the data they manage is important and now they are allowing developers to garner this information. Developers can use the Google contact list for their own applications, which will also make it easier for those who use Google to sync all their contacts.

Slack is a messenger service similar to Skype and Google Chat. It is a cloud-based service that can consolidate all of your messages and files from multiple places including Twitter, Dropbox, and Google Docs. Slackâs RESTful API provides even more capabilities with other third-party applications.

A RESTful API is one that uses HTTP requests to retrieve, post, and delete data. It is based on “representational state transfer (REST) technology” which is used in many web services.

Through Slacks RESTful API, application developers can build apps that give readers a quick rundown of posts and links that can be easily consumed, it can provide real-time updates on customer behavior, and it can also be used to build an intelligent bot that helps schedule meetings.

I personally find news sources that Nuzzle, ProperGaanda, Vox, theSkimm (which use this format of daily easily digestible news) as a good way to keep oneself informed about things happening in the world.

Twitter is currently one of the most well-known social media outlets. News sources such as CNN as well as political leaders all use this social media outlet. Many even use Twitter as their first and maybe only news source. Twitterâs Stream API allows developers to use Twitters global stream and use it in conjunction with their own websites. This API is perfect for news because it happens in real-time. Twitter Stream API could possibly be an integral part of how we get news in the future.

Houndify allows people to integrate voice and conversational intelligence into products by an independent platform. Through Houndify, one can add voice-enabled artificial intelligence to just about anything.

Houndifyâs API is a RESTful voice API that can be used as a hub for voice commanded technology. This setup is perfect for an Internet of Things setup, which many people are quickly adapting into their homes. Houndify’s API can be very significant as the world trends toward the use of IoT.

IBM Watson offers different forms and variations of artificial intelligence. Many of which are geared toward businesses. AI technology will definitely be a big part of many future technology endeavors, and the IBM Watson API can be important for application developers.

Intelligent chatbots and smart health applications are only the beginning for the IBM Watson API. When we visit sites that ask if we want to chat with someone—many times it is an intelligent bot that we are chatting with. IBM Watson makes integrating this technology into other business sites easier.

Lusha is a program that helps businesses get in contact with each other. One can easily find people’s Email addresses and phone numbers with this easy-to-use Google Chrome plug-in. Lusha has an API that consist of contacts that can be used by developers. This RESTful API can be used as a directory for marketing reasons. Contact information is very valuable to many businesses.

This API is an important one for marketing and sales associates.

NASA also has APIs that are available for developers to use. This data from NASA includes photos and other collected data going back to 2003. Some files and images include data from NASA’s missions to Mars.

This API can be used for many different things including educational applications.

The world’s largest online retailer, Amazon, became that way in part because of good advertising. Now developers can harness the power of Amazonâs product advertising API into their own apps. Developers can use the API for different things that include using the product images and ratings from Amazon buyers. 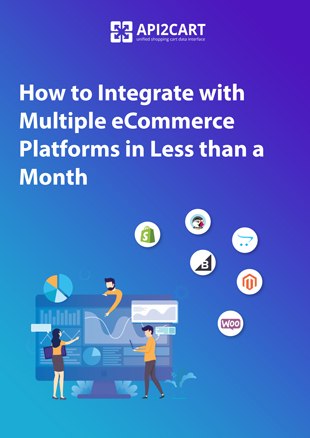 Explore how to develop the integration with various eCommerce platforms in less than 30 days.

API2Cart is a service that helps eCommerce software to integrate with 40+ major shopping carts and marketplaces like Magento, WooCommerce, BigCommerce, Shopify, PrestaShop, Amazon and others via single API. It enables to retrieve, add, update, delete and sync the various data from the customers’ stores. It is a great help for shipping management software, chatbots, order fulfillment systems, marketing automation tools, comparison engines, etc.

Application Program Interfaces are a great thing for developers to take advantage of. Developers don’t have to start their work from scratch but build upon what others have done before them. Technology advances because people expand upon and create work that builds on the innovations of the past. A current API can be the jumping-off point to the next big application or the next big technology breakthrough.

I currently use Waze as my GPS application of choice. They didn’t start creating their application from scratch but built on top of what Google had already mapped for them. Personally, I think the algorithms and added features make Waze the superior application.

The exciting thing is that a lot of groundwork has already been laid out for developers to build upon. We will most likely see amazing innovations that use one of these existing APIs.